The two most recent visits we have made to Acorn Bank were in April 2015 and August 2016.  Our walks through the grounds took us to similar points.  In April the trees had not opened their leaves and the sun was low in the sky.  In August there was full foliage on the trees and the spring flowers had been followed by summer ones.  Each season has its own beauty.

As I mentioned in the previous post I now have a different phone with more memory than the one I used on the first of these visits.

I am posting pairs of photos to contrast the changing seasons. 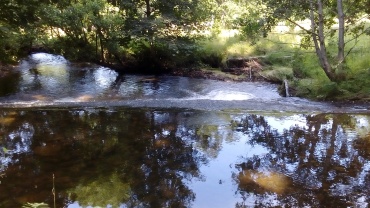 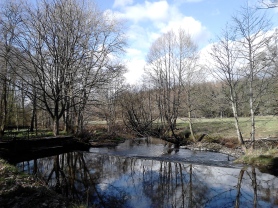 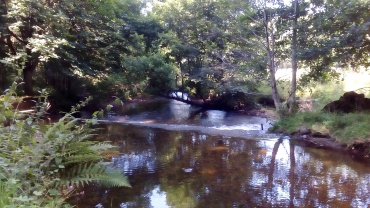 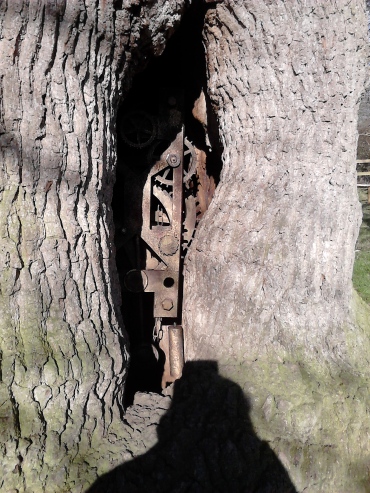 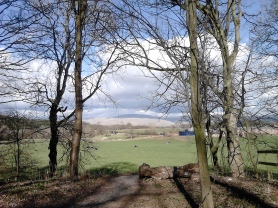 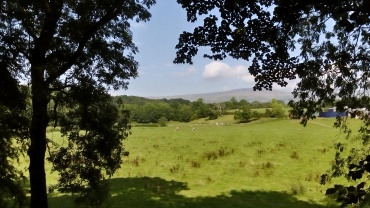 The final pair are looking in different directions from different points in the grounds.

After the Lego exhibition at Rheged hubby and I went to Acorn Bank.  It was a fine day.  After lunch we had a walk around the track to the watermill and through the woodland.  Swallows nesting in one of the watermill buildings were too far away for my camera phone.  (I need to explore its zoom capability.)  We watched an interesting beetle swimming in the pond. This was impossible to snap. However the beautiful flower beds made colourful photos.  We went to the bird hide and saw some blue tits and great tits.  The hollow tree, which formerly housed a clock mechanism, was empty. 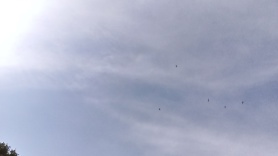 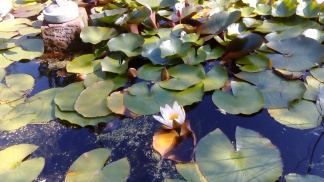 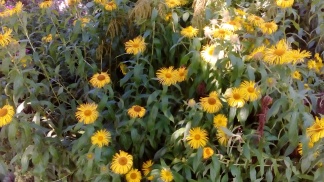 Detail from a herbaceous border 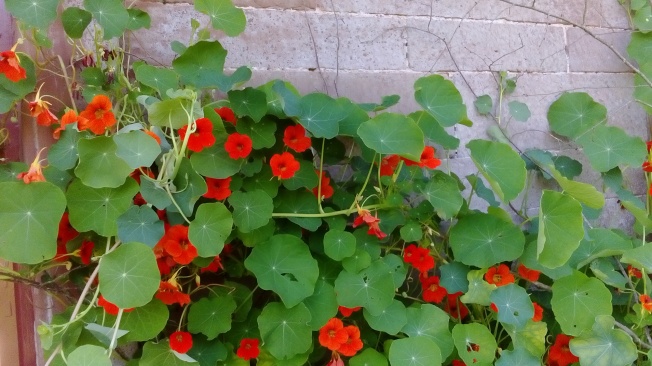 Our previous visit to Acorn Bank was in spring 2015 and inspired me to start this blog.  It was interesting to compare photos I took that day with ones from similar viewpoints in summer.  I replaced my phone with one, which has a larger memory between visits.  The colours from the two cameras are not the same, but the biggest differences were due to the foliage on the trees.  My next post will compare some photos from these two visits.

We saw the speckled wood butterfly, which appeared in an earlier post.  I enlarged that photo by cropping it on my phone before uploading it.

Since our previous visit the drawing room had been renovated.  That was the only room in the house we visited.  It was a busy day and the guided tours were fully booked.  We enjoyed the fresh air (although there were some very smelly sheep!) and exercise.  There was more car parking space than on our previous visit and it was being put to good use.

When I arrived home I was puzzled that I could not find the sticker I had been given to wear at Acorn Bank.  Nearly four weeks later (on the day I was preparing this post) as I fastened my seat belt the missing sticker attached itself to my hand.  Mystery solved.

As a change from flowers and places of interest I have decided to share a few photos of butterflies taken in recent weeks.  One is a speckled wood in woodland at Acorn Bank.  The others were taken closer to home.  A wall butterfly on a wall, which has featured in at least one other post – the wall, not the butterfly!

Others near a similar wall were a painted lady and a small tortoiseshell.

I have also seen red admiral butterflies and at least one peacock butterfly as well as the usual white butterflies.