We were very fortunate with the weather on our recent short break in Northumberland. We drove to Seahouses after breakfast and booked on the first available boat trip. (At busy times of year it may be better to book in advance.) As it was low tide we had a long walk to the pier through the fenced-off area where major refurbishment of the harbour is taking place.

A few minutes into the ninety minute trip we were alerted to the presence of bottle-nosed dolphins. They were feeding and were not disturbed by the catamaran (Serenity II) we were travelling in.

Later we saw lots of seals. The commentary from the skipper was very informative. We saw a few sea-birds, mainly gulls and shags. The breeding season is the best time for seabirds, but we could see where they nest due to the deposits they had left there!

Surprisingly we even saw a butterfly.

Fin of adult and a youngster

More in the pod 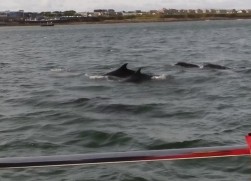 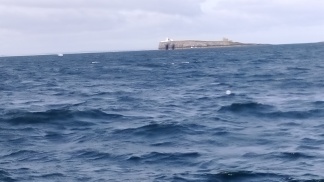 It was a clear day

Nesting sites with a tidemark

The Pinnacles, Staple I. 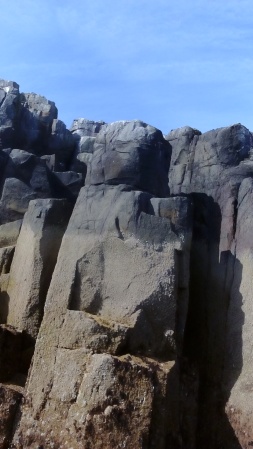 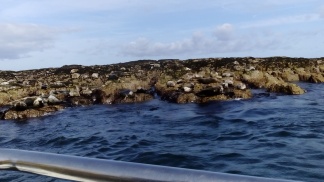 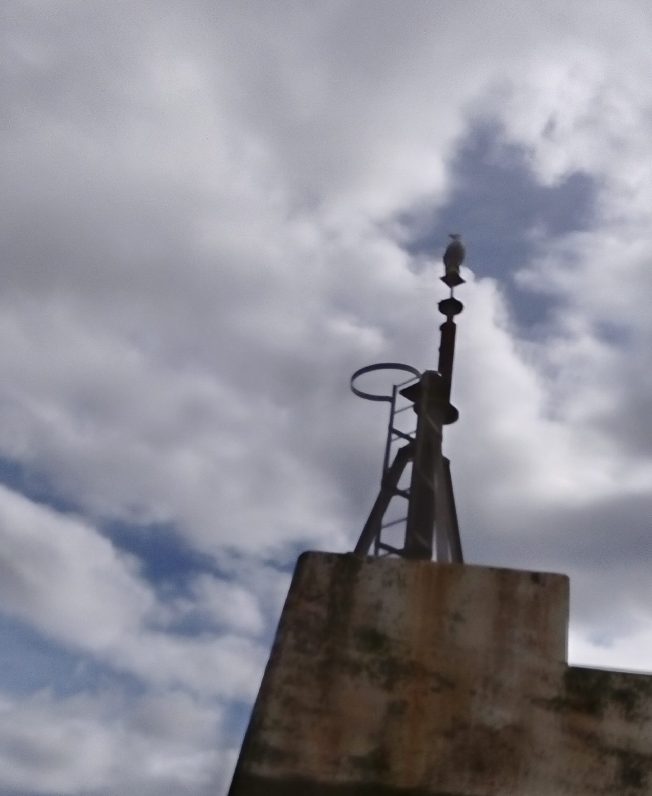 Some of my photos are stills from the short videos I took using my phone. Before the trip I had stated that I wasn’t going to take any photos (due to possible damage to my phone while at sea). Obviously I changed my mind.

Book review: The Other Daughter by Caroline Bishop